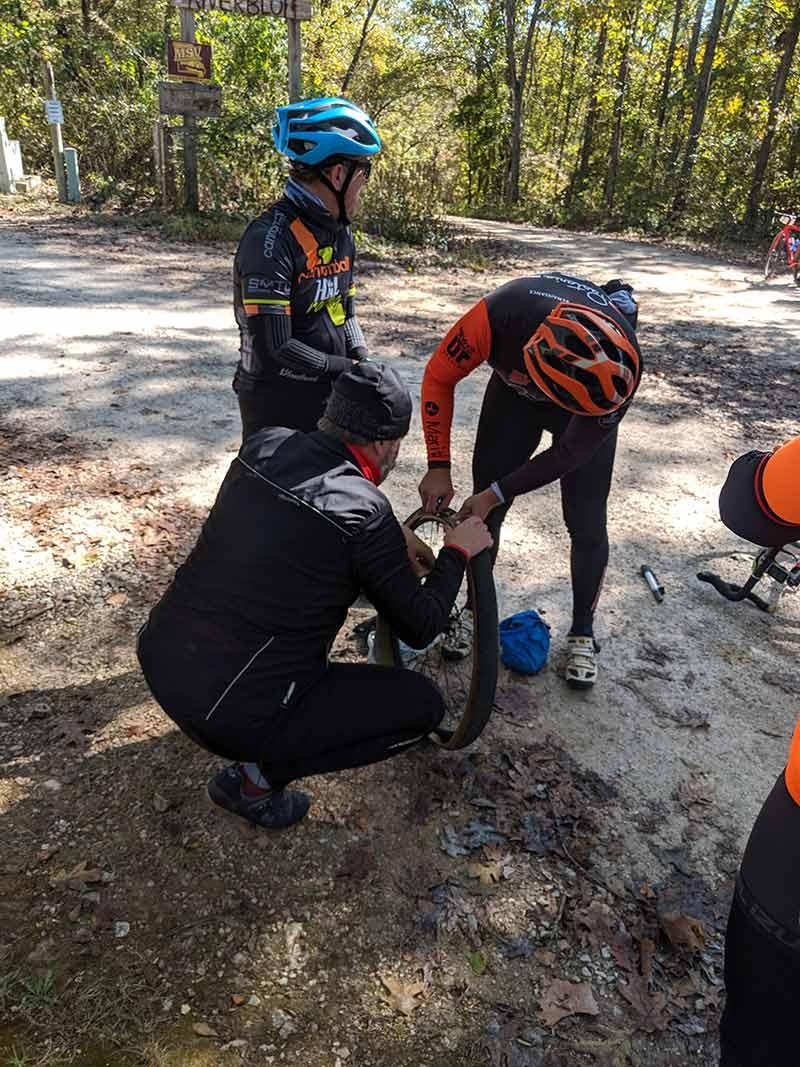 So this site is called BicycleTips.com for a reason, because at one point in time we planned to post tips… Well, guess what, that’s back.

On our recent ride at the Cuban Gravel Crisis, one of my compadres ran into a flat. Bombing down a hill, we came across a pothole, he was leading, and managed to hit the whole, relieving his front fire of the ability to retain air.

He realized it was going down, so we stopped at the top of the next crest and he broke the bead to immediately start getting it ready for a tube. What we found though, was that the nut on his valve stem had been sealed onto the valve stem itself by who knows how many years of sealant from his tubeless setup.

We spent 30 minutes on the top of that crest working to free it up from the valve stem, so that he could insert a tube into the wheel. It finally took Mike W. from Big Shark Bicycle Company to free it from the valve and allow us to get back on our way.

Bicycle Tip #1: Check your valve stems, before a ride, to make sure that if you need to, you can get them removed from the wheel.

Tip #2: You might also go ahead and buy some extra valve cores and replace those frequently as well, I haven’t had one get gunked up with sealant yet, but I imagine that’ll happen at some inconvenient point in time in the near future.

Tip #3: Carry a leatherman, or similar multi-tool. Had we had one, or a pair of pliers, the stop would likely have been 5 minutes instead of 30.