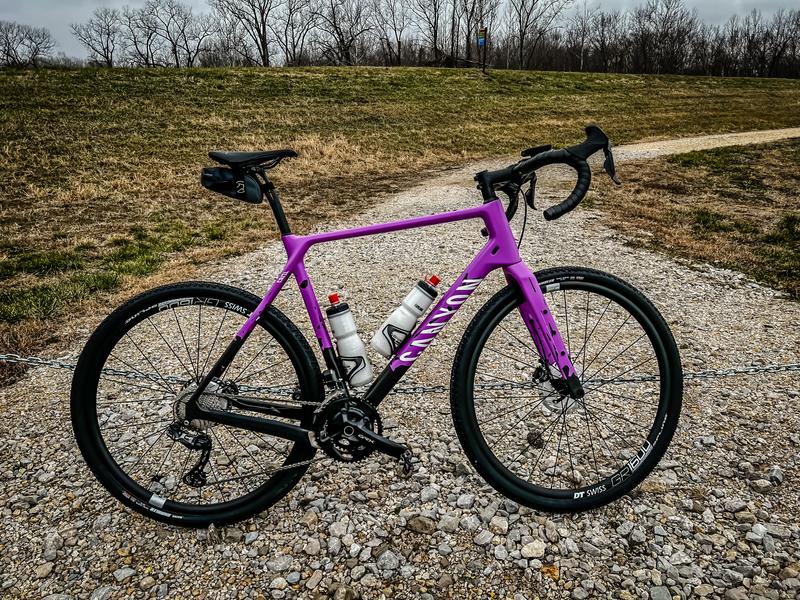 It’s January 10th already? I’ve only been on the bike once so far this year? Sounds like last year, but I can’t fall into that hole again…

So 2021 started off with plans of riding quite a few miles, in 2020 I rode 2100 miles, my highest total ever, so I had hopes of following that up, but ultimately 2021 didn’t play out that way. In late February I hadn’t put any real mileage in, and I started to feel off. It wasn’t until mid-March that I found out I had afib and my heart had been beating crazily for a month.

After a couple of months of dealing with that Unbound Gravel was upon us. Wagner and I went down and volunteered at the event, and got a little riding in, but didn’t actually join the race. In July I thought I was all healed up and then I got a kidney stone that stuck around for a little bit too long and took away another 2 months of riding.

It wasn’t until late August that I started riding again, prepping for Pedal The Cause in late September and Big Sugar Gravel in late October. Overall for the year I barely got in 1k miles, a big drop from my ‘20 numbers, and hopefully only a blip compared to what I can get in this year.

So what’s coming in 2022? Well, I got myself a new ride, a Canyon Grizl, and it is awesome (see above). I put about 4200 miles on the Niner RLT over the past 5 years, figured it was time to upgrade. I haven’t yet decided what I will do with the RLT, I may hold on to it until at least March, but then sell it after that.

My goal is to ride it at least 2,000 miles this year. I am signed up for The Mid South (100 miles in March) and Unbound Gravel (200 miles in June) so I really need to get my training started ASAP. I am going to have a hell of a time getting ready for those rides. My biggest struggle right now is finding time, or rather, making time. I need to quit staying up late and start getting up and getting on the trainer each morning…

I am also planning on being back at Big Sugar Gravel in late October as well.

See you out on the trails.